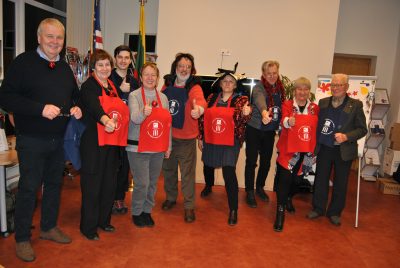 In December, volunteers from Šiauliai Didždvaris gymnasium visited English Club. School girls introduced the idioms and prepared a quiz during which the club’s members had to guess the idioms. The “Brain Battle” was a big challenge! The teams competed with each other who knew more Christmas facts, films and songs. The volunteers were very pleased to be warmly welcomed and that club members actively participated in their games.

The last meeting of this year was very playful. The members of the club created short Christmas poems and played the game where they tried to guess who they were. After all the fun it was a discussion about new plans for the coming year, wished beautiful holidays and agreed to meet next year.