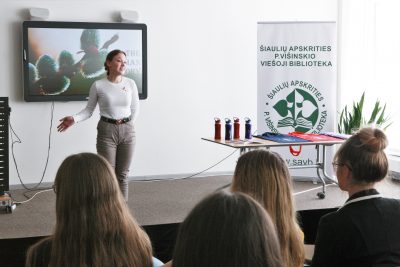 On March 28, for the second time in the library, poetry and prose competition in English language was organised. The theme was as usual – the Human Story. This year, 16 students from Šiauliai city gymnasiums competed and quoted works of such authors as O. Wilde, V. Shakespeare, M. Angelou and others.